A Football Season is Extremely Grueling and Tough on the Body 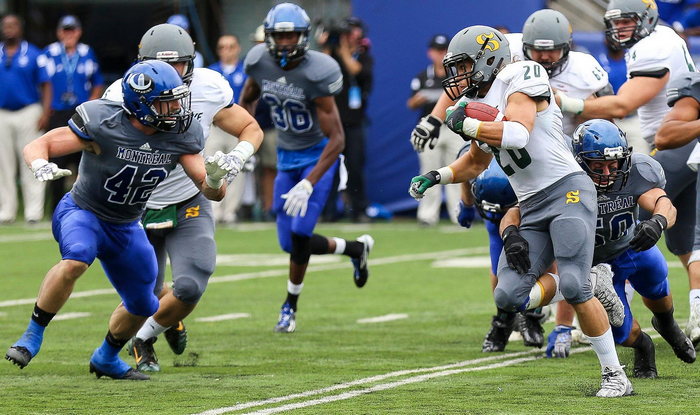 Football is a man’s game. You need to be a pretty hardcore individual to be able to play the game of football and take some of the hits and punishment these guys go through. Football currently has a 16 game schedule over 17 weeks, and there is a reason for this. Other sports have a lot longer plan such as hockey with an 82 game schedule and baseball with a 162 game schedule.

Imagine a 300-pound linebacker, ripped from head to toe, looking to bury you as soon as you touch the football. Still, want to play the game? After imagining that I’m sure a lot of people are glad they didn’t go out for their high school football team, but that is what football is all about.

Football is about punishing the other side almost to make them give up. Why do you think teams will pound the ball with the run all game long, even if it is not working? The reason is that it will pay off at the end. The defense will be all tired out, sore, and a little tentative from all the hits they have been taking. This is one of the grueling parts of football.

The defense isn’t the only area that takes punishment; they love to dish it out. These days the NFL is filled with speedy safeties and corners that like to drill you as soon as you touch the football. If you have ever watched a highlight show of hits during the NFL season, I bet more then half were significant hits to a wide receiver. However wide receivers aren’t the only ones that take punishment, in fact, every player on the team does.

The quarterback gets hit from every angle, sometimes unexpected. The running back runs as fast as he can into occasionally solid walls made up of the defense. The linemen dig in the trenches to either protect the quarterback or tackle him. 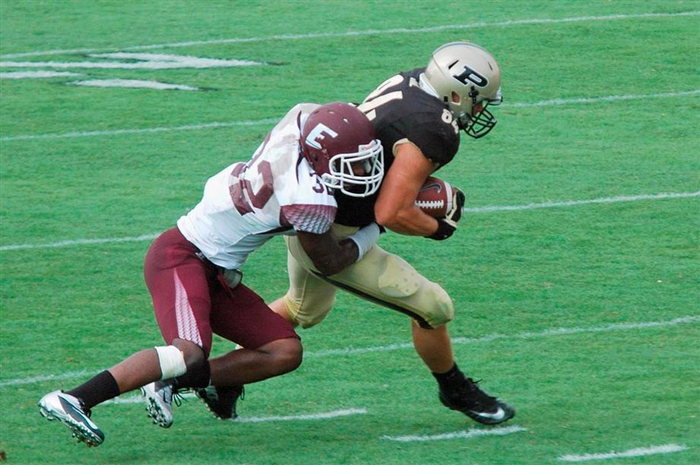 This is the reason for a 16 game schedule with a week, and at one point, a two week break in-between games. Football player’s bodies just aren’t capable of going through all of that with only a daybreak. They need time to recover and heal some of their wounds. Sports like baseball, where there is barely any contact can play night in and night out because their only problem will be fatigue.

Hockey is a little more impressive because those guys go through quite a lot of punishment themselves, yet they still manage to play almost a game every other night. They don’t go through as much as football players, but they aren’t far behind.

Football has a 16 game schedule not because they feel that is all they need, but because that is all the players could handle. Their bodies go through so much during one game of football that they need a week break and sometimes more in-between games. If there were more games played during a football season, no one would be left at the end. Players would be getting a hurt night in and night out because they would either create a new injury or re-injure something that hasn’t had time to heal.