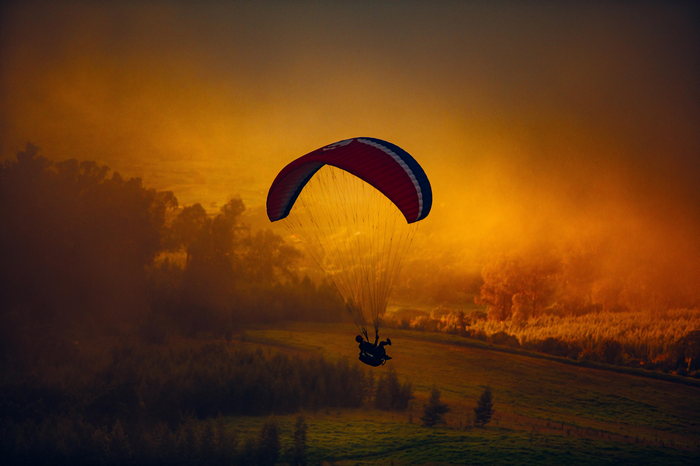 One day skydiving was considered hobby for billionaires, but now a day’s skydiving is more affordable and famous among thousands of adventure addict personals. Skydiving is very popular nowadays, but very few know about inventors of skydiving sports activity and the actual history of skydiving.

The history of skydiving can be traced back to hundreds of years ago when the Chinese first conceived the idea of parachuting in the 12th century. After that, in 1495, Leonardo da Vinci invented a pyramidal device with a wooden frame that quite resembled the modern day parachutes.

It was one Andre-Jacques Garnerin, a French citizen - who invented world’s first parachute. During the 18th century, at Paris, he jumped off an air -balloon and made a safe landing with his revolutionary device strapped on his back. He continued doing exhibition jumps in France and England for his remaining life.

When the Wright Brothers came up with first successful airplane flight in 1903, still parachuting technology was still far behind. In the years to come, however, efforts were made to develop parachutes on a large scale. It was during First World War that the military started to employ parachutes in their missions, and they were found to be used mainly while allowing airborne units to make quick escapes.

When Second World War came, the paratroopers were deployed as surprise attacks by the military. And they figured significantly in the Battle of Normandy, sneaking into enemy territory to secure significant checkpoints.

By achievement of the paratroopers during the war, the US army was so encouraged that they decided to establish parachuting clubs around the country. Also, the high surplus of parachuting equipment and materials left after the war opened up the option of making parachuting available to the public. 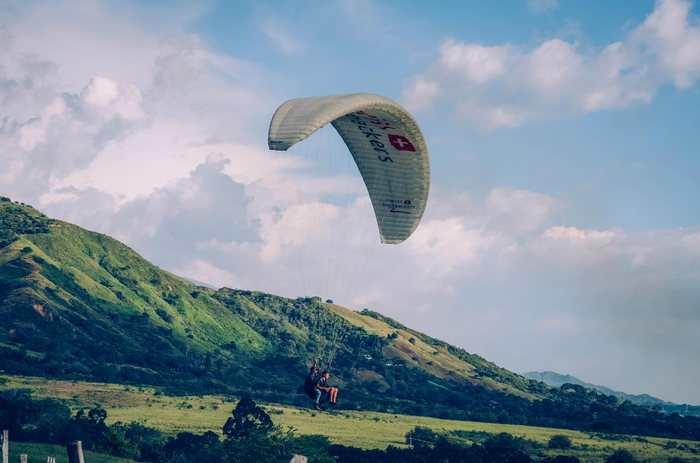 These factors marked the beginning of skydiving as a sport and leisure activity. Soon enough, popularity had spread across the globe, leading to the first world parachuting championships in Yugoslavia, held in the year 1951.

In the mid-1960s, first-time efforts were made to modify military parachutes to suit the specific needs of sports parachuting. In 1964 a kite-maker by the name of Domina Jalbert from Canada invented the ram-air parachute, which became a standard design for sports parachutes ever since.

With the ram-air system, the parachute offers better maneuverability and more efficient opening, which caters well to sports parachuting which is more free-form and stunt-based. It was about this time that sports parachutists started calling themselves skydivers.

Since then, more advanced and easy-to-use equipment have been developed to make skydiving a more accessible adventure sport. Now a day’s Skydiving clubs are also increasing in numbers, offering improved training methods and high-tech safety measures.